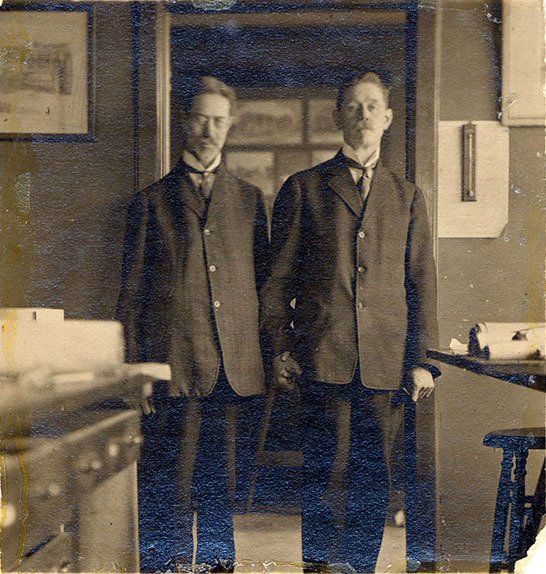 The architects of the Michigan Union and Michigan League, siblings Irving Kane and Allen Bartlit Pond, formed their own architectural firm in Chicago in 1886. By the time they began work on the Union,  Pond & Pond had been designing public buildings in Chicago - including those at Hull House - for over a decade.  They would become known for their work on campus buildings, eventually designing student unions at Purdue (1924), Michigan State (1924), and the University of Kansas (1927). [1]

The brothers were also Ann Arbor natives and alumni of the University of Michigan. Their father Elihu was a journalist and editor of a local newspaper. [2] The brothers also took great pride in their association with the University.  Irving was a member of the school’s first football team, and scored their very first touch down, on May 30, 1879.  In his autobiography he describes the unconventional strategy he used to reach his goal:

To avoid being tackled I was forced to mount the bleachers and run eastward along them until I was opposite the goal when I stopped suddenly and - fearing that a touchdown in the bleachers would not count - jumped over the heads of my pursuers to the ground. [3]

The brothers' vision for student gathering places at their alma mater is evident in the architectural drawings for both Union and League. The below plans include communal - and gender-segregated - meeting spaces, as well as the ever-present cube motif. 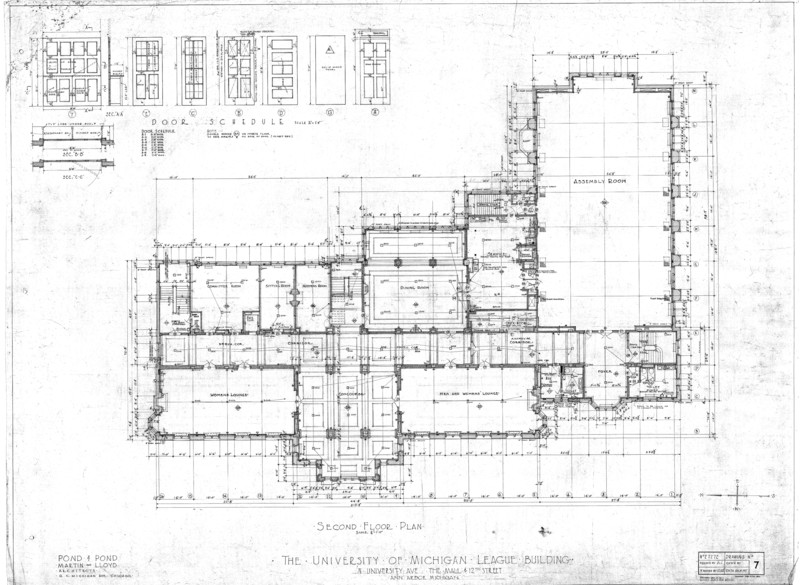 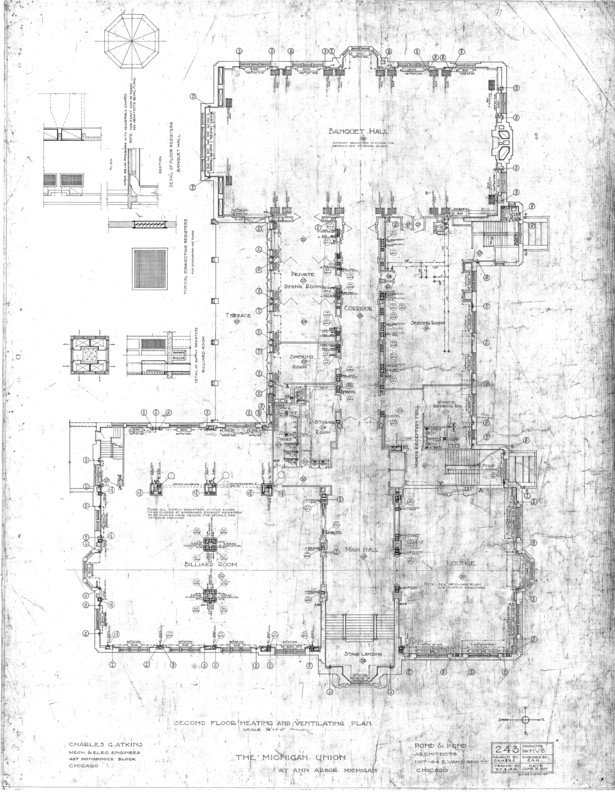 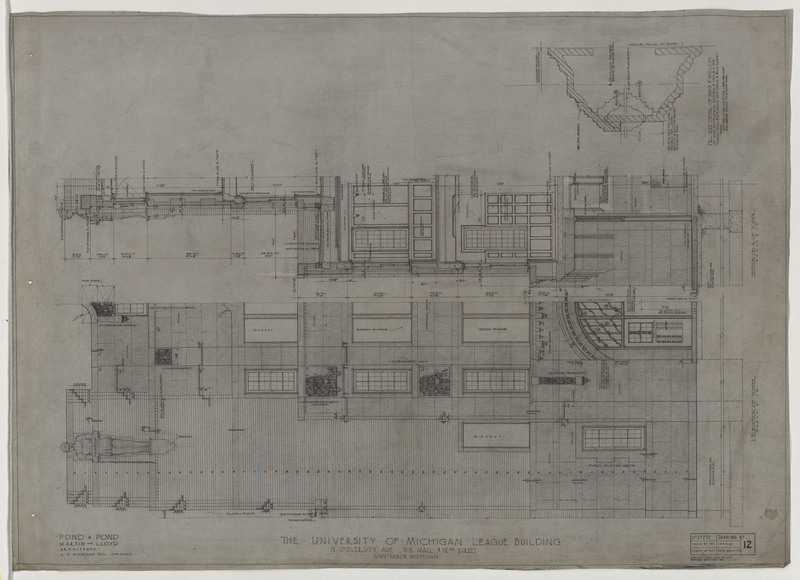 The University of Michigan League Building, Elevation of Tower 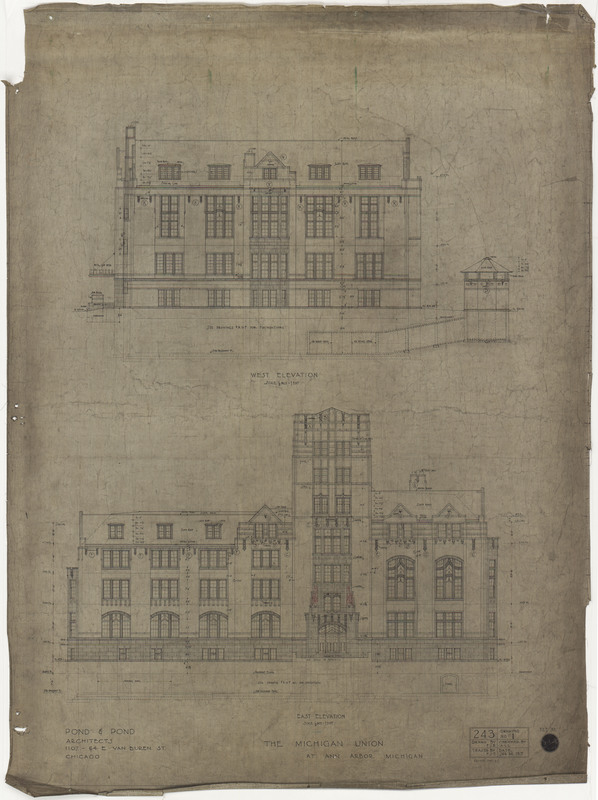