There was no guarantee that either the Union or League would be built.  Alumni and alumnae undertook national fundraising campaigns; they hoped to bring in one million dollars (the equivalent of about 14 million dollars today) for each building. In the process they produced bulletins like the below, with campaign updates and fundraising advice. For the Union, there was the claim that what 2,000 Michigan men go after they are certain to get. [1]  The League campaign promoted itself with the slogan The House That Jill Would Build. Each campaign ultimately succeeded, demonstrating the organizational prowess of Michigan alumni and alumnae alike. 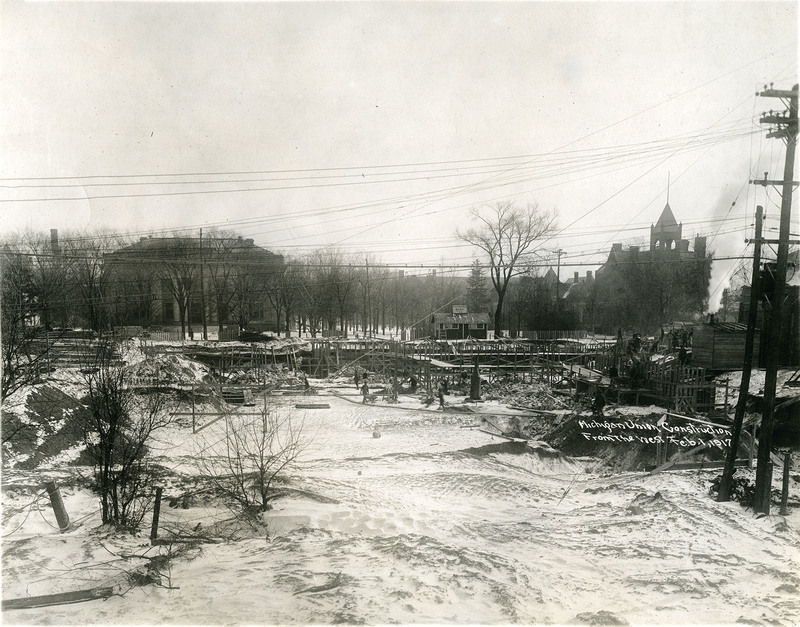 This February 1917 photograph shows the results of male students' and alumni's fundraising: the new Union, in the early stages of construction. 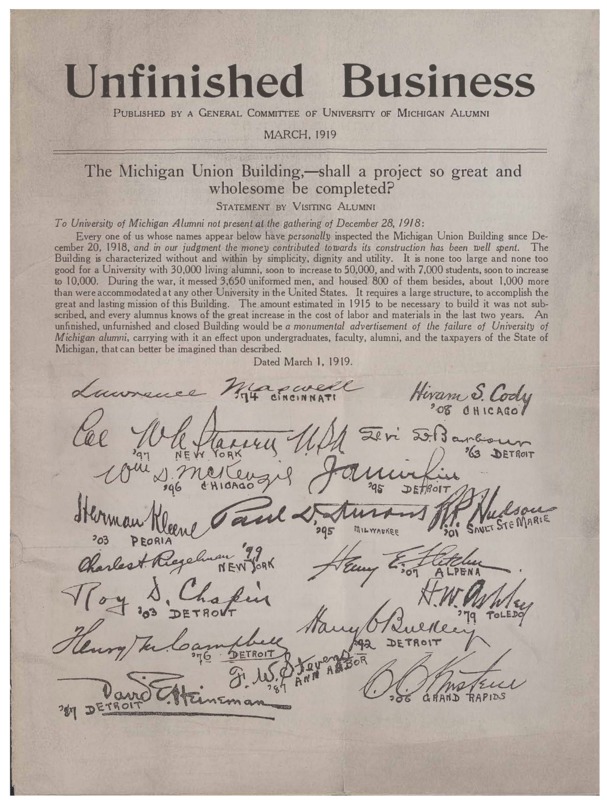 Construction of the Union remained "Unfinished Business" in 1918; during World War I the incomplete structure was used as a barracks. Click through to see remaining pages. 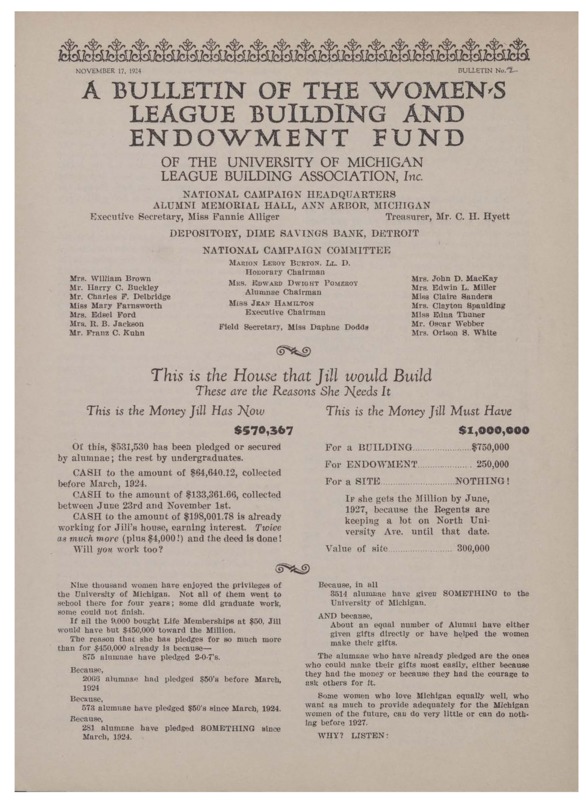 This 1924 bulletin from the League's campaign uses the "House that Jill would Build" slogan. Click through to see remaining pages. 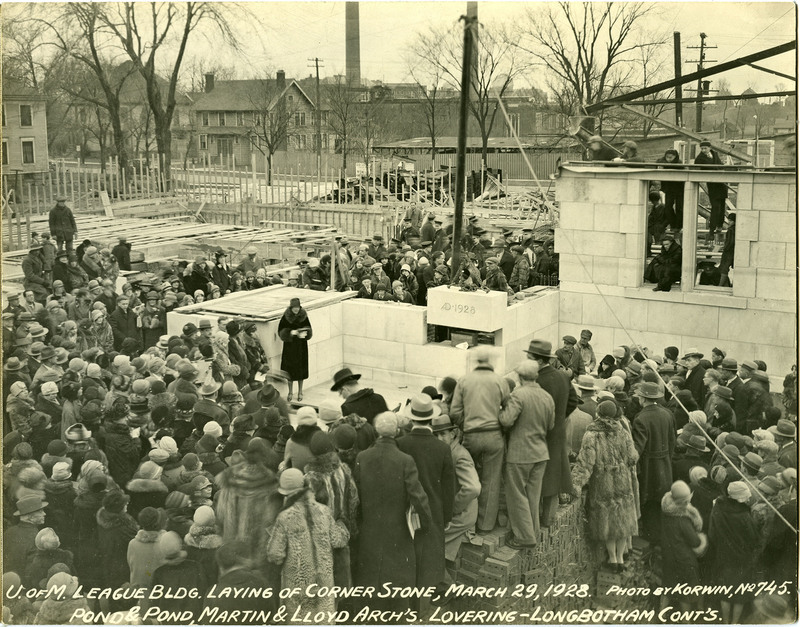 In March 1928, female students and alumnae would see the cornerstone for their own building set in place.