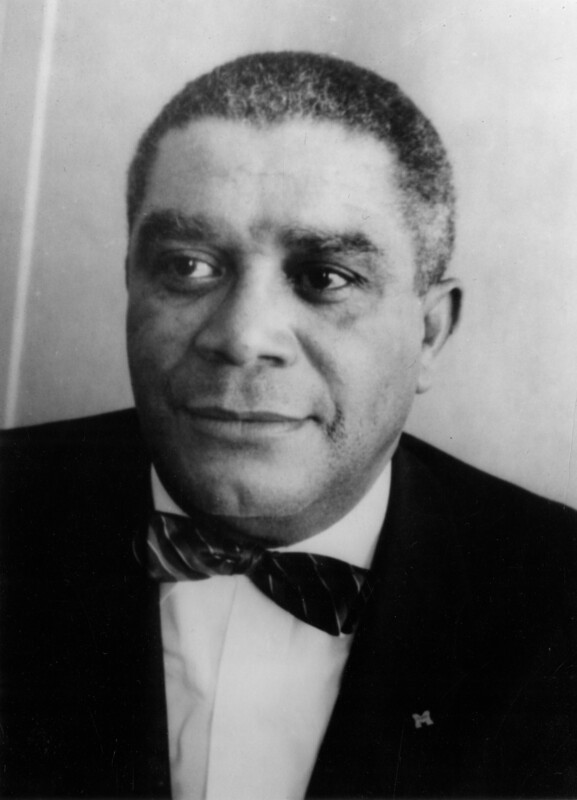 In weighing his response to being barred from the Georgia Tech game, Willis Ward also had to consider his future. Henry Ford and Harry Bennett had been grooming him for a position at the Ford Motor Company. Bennett, head of the notorious Service Department at Ford and a friend of coach Harry Kipke, counseled Ward “to remember who your real friends are.”

After a year at U-M Law School, Ward did go to work for Bennett as a manager in the Negro Division of the Service Department, assisting Donald Marshall in overseeing the company’s African American workers and protecting their interests—at least as the company saw them.

Ward worked at Ford for 10 years, with time out for two short stints in the U.S. Army during World War II. While at Ford, he earned his degree at night school from the Detroit College of Law. He left Ford in 1947, passed the bar exam, and began working for the Wayne County Prosecutor’s Office.

He spent the rest of his life working in the law, in a mix of private practice and public service, culminating in a long tenure as presiding judge on the Wayne County Probate Court.  Ward was also active in Republican Party politics, including a failed congressional bid in 1956 and a cameo role in Gerald Ford’s 1976 presidential campaign.

This section contains the following sub-sections that tell the story of Willis Ward’s post-Michigan life and career: