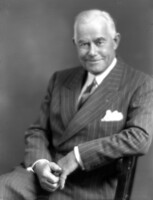 Willis Ward was well aware of the “rule” that African American students could not play football at Michigan.  No African American had played in a varsity game for Michigan since George Jewett in 1892. U-M Athletic Director and former coach Fielding Yost, a southerner by birth and attitude, was determined to keep it that way.

Several African Americans had tried out for the team during Yost’s tenure as coach and, although one was awarded a “Reserve” letter, not one was allowed to play in a varsity game. Though the “rule” was never explicitly stated, it was well known among African Americans locally and in Black communities around the country. 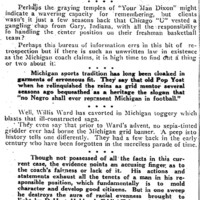 “Randy Says” column about
“The Situation at Michigan,” 1934

Philadelphia Tribune sports editor Randy Dixon summarized the rule in a January 11, 1934, column on “The Situation at Michigan”:

“They say that old Pop Yost, when he relinquished the reins as grid mentor several years ago, bequeathed as a heritage the slogan 'no Negro shall ever represent Michigan in football.’”

Whether or not Yost literally spoke those words, it is unquestionable that a large part of the African American community, and the African American press in particular, believed them to be true. Such racist segregation unquestionably existed in other sports at Michigan. Dixon’s column was spurred by the news that Franklin Lett, an African American all-state player from Battle Creek, Michigan, had not been allowed to compete on Michigan’s freshman basketball team. 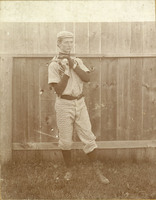 As a high school senior, Ward did not even consider applying to Michigan and was set to enroll at Dartmouth—until Marshall Parker, the only African American clerk employed in the Wayne County Circuit Court, arranged an interview for Ward with Judge Guy Alonzo Miller, a U-M alumnus.

Miller had been a star pitcher for U-M in 1895-1898 and captain of the 1897 baseball team. He graduated from the Literary Department in 1898 and the Law Department in 1900. He was active in Republican politics, served in the Michigan House and Senate, and in 1924 was named to the U.S. Court of Appeals for the Third Circuit.

“On the Bench, he was a liberal, particularly in race, and was peripherally involved in the notorious Ossian Sweet case,” according to one descendant.

Sweet, an African American physician, and ten others were charged with murder in 1925 after he, two of his brothers, and a number of friends used firearms to defend themselves and Sweet's home against a hostile white crowd protesting his family's move into a Detroit neighborhood. (After a mistrial was declared, one of Sweet's brothers was re-tried separately and acquitted by an all-white jury; charges against the remaining defendants were eventually dismissed.) 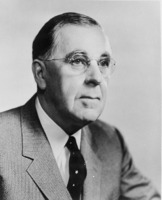 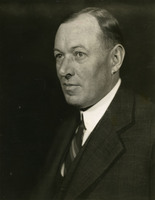 Miller was interested in Ward’s situation and the opportunity it presented, and asked Parker, the court clerk, to arrange an interview. Believing nothing would come of it, Ward agreed to meet with the judge mostly as a favor to Parker. When Ward explained his decision to attend Dartmouth and mentioned Yost’s “rule,” Miller asked, “Well, will you help us break this rule?” Ward agreed.

Miller then enlisted attorney James Murfin, a U-M regent and former member of the Board in Control of Intercollegiate Athletics, and industrialist Fred Matthaei, head of the Detroit Alumni Club, to convince coach Harry Kipke to recruit Ward. It didn’t take much persuading. 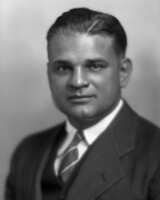 Kipke and the football staff certainly would have been aware of Ward—through football circles and the extensive press coverage Ward had received, and the fact that in the previous two years he had been the outstanding athlete at the Interscholastic Track Meet held at U-M's Ferry Field. Kipke himself  was not opposed to recruiting Black athletes.  He had played on integrated high school teams in Lansing, Michigan, and in the outfield in 1923 with Rudy Ash, U-M's first Black baseball player since brothers Fleet and Weldy Walker in 1882-1884.  When asked if he would play a Black athlete, Kipke reportedly responded, “You’re darn right I’ll take that kid.”

Kipke went to the Ward home in Detroit and convinced a skeptical Henry that his son would be happy if he came to Michigan—to play football, run track, and get an education.

As a young coach, in just his third year helming the Wolverines, it is unlikely Kipke would have had the standing or the nerve to challenge Yost’s “rule” on his own.  Even with his powerful backers, Kipke did have to battle Yost, some of his coaches, and alumni who wondered why Michigan needed an African American player since it had been winning without them.

Ward recalled hearing from credible sources that on more than one occasion, in places like the Detroit Athletic Club or alumni gatherings, “Kipke took his coat off and was prepared to fight with those who bitterly opposed having a Negro play for Michigan.”

It wouldn't be the last time Ward was at the center of controversy.