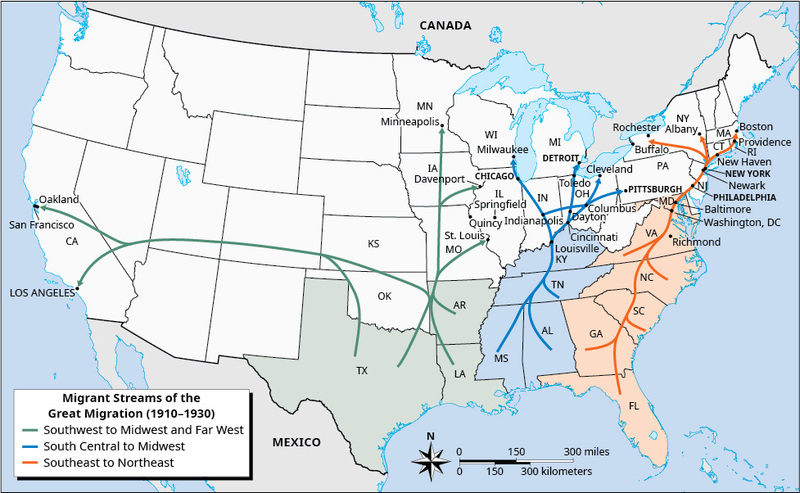 The Great Migration—the movement of some six million African Americans out of the Jim Crow South to towns and cities in the North and West between 1915 and 1970—transformed urban landscapes, including Detroit. Fueled by a mix of hope and fear, ambition and desperation, the first wave of the migration hit Detroit during World War I.

In 1910, Detroit’s Black residents numbered 5,471, barely 1 percent of the total population. By 1920, the number had soared to 40,838, the bulk of the migrants arriving after 1917. By 1930, Detroit’s Black population would double, comprising 7.7 percent of the total. A high proportion of these early migrants to Detroit were from Alabama, Mississippi, Georgia, Tennessee, and Arkansas, following established routes and rail lines. Among the early arrivals were Henry and Nettie Ward and their seven children. 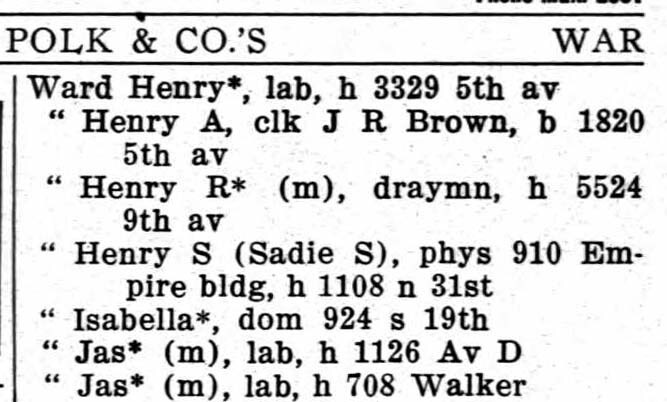 Henry Robert Ward was born December 6, 1875, in Tuscaloosa, Alabama. Nettie Sanders was born on September 23, 1881, in Pulaski, Tennessee—the birthplace of the first Ku Klux Klan—in 1865. They were married in 1898 and their first daughter was born in 1899 in Birmingham, Alabama. The young family shared a rented house with Nettie’s brother Willis and his wife, Mary. Henry worked as a railroad trackman, Willis as a porter in a hardware store.

By 1910, Henry was working as a drayman at a foundry in Birmingham. He had purchased a home on 55th Avenue, where Nettie cared for four daughters and a newborn son, Henry Jr. A sixth child had not survived infancy. Another daughter would arrive in 1911, and Willis in 1912.

By 1913, the family had moved again; the 1913 city directory lists them at 5524 9th Avenue North, where they would live until 1918. Henry’s occupation in the city directories is given successively as drayman, laborer, and saw filer. He had, it seems, achieved a relative degree of independence and success as a small businessman. Success, and personal safety, for a Black man in Birmingham could be precarious, however.

By late 1918, the Ward family had arrived in Detroit. Decades later, Willis suggested that his father’s main concern was to raise his five daughters outside the South and that he may have come to Detroit ahead of the family, as early as 1915. In another interview, he stated, “As a matter of fact, he [his father] migrated from Birmingham, Alabama, to Detroit because of a confrontation which caused him to leave town fast.” Another account of their departure suggests a confrontation with a white man at work led to a threatening, late-night visit from the Klan to the Ward home. Henry is supposed to have slipped out into the darkness and left for Detroit the next day.

The first known documentary evidence of the Ward family in Detroit is Henry’s World War I draft registration card, which he completed on September 12, 1918.  He reported his occupation as foreman at the Chalmers Plant of the Maxwell Motor Company on Jefferson Avenue (later the Chrysler Jefferson factory).  The exact nature of his job or the size of the African American work force at the Chalmers Plant is not known. Presumably, Henry had been there for some time to have been named a foreman. It is almost certain he would not have been supervising white workers.

The family was living at 423 Tennessee Avenue on Detroit’s east side. At 42 years old, Henry was not called to service, but family life would be disrupted seven months later. On April 23, 1919, Nettie died of complications related to childbirth. Willis was barely seven years old.

Just over a year later, Henry married Bessie Brown Walker, a widow with four sons, ages 15 to 22. Bessie was from Atlanta, Georgia, and had arrived in Detroit sometime after 1905. She first appears in the city directory in 1918 as Bessie Walker living at 402 East Euclid Street. In the 1920 census (taken in April), the Walkers were the only Black family living on that stretch of Euclid. Henry Ward and Bessie were married June 6, 1920, by Reverend Robert L. Bradby of Second Baptist Church. Henry, and at least some of his children, moved into Bessie’s rented house on Euclid. 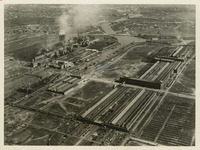 Henry seems to have left the Chalmers Plant around 1921 to work as a manager with the Community Market Corporation, a short-lived venture headed up by Reverend Bradby to provide a community-based grocery store. Two years later, however, he was back working at an auto plant—Ford Highland Park. Sometime around 1925, about the time Henry began working at the Ford River Rouge Plant and just before Willis would begin high school, the family moved to 5661 24th Street.

By 1930, Henry, Bessie, Willis, and Bessie’s four sons were living at the 5661 24th Street home, which Henry had purchased on a land contract. Henry and three of the Walker sons were laborers in auto factories. The other Walker son worked for the post office. Willis’s five sisters and brother Henry Jr. were either married or living on their own. Henry would spend the rest of his working life as a laborer and janitor at the Rouge Plant.

Willis would later recall a somewhat troubled relationship with his stepmother. As he put it, “she naturally favored her own children” and, as a consequence, relations with his father were also strained.

Henry was deeply religious—he would become a deacon at Bradby’s Second Baptist Church—and socially conservative, with solidly middle-class aspirations. He rarely spoke of his experience in Birmingham and admonished his children that if any of them returned to the South, he would not come to their rescue.

In reflecting on his father’s life, Willis Ward felt that despite successfully raising a family, acquiring a home, and earning a respected position in his church and community, Henry harbored a sense of disappointment, maybe even resentment. Ward suspected that years of work as a laborer in the Rouge Plant was not what his father envisioned when he left Birmingham. 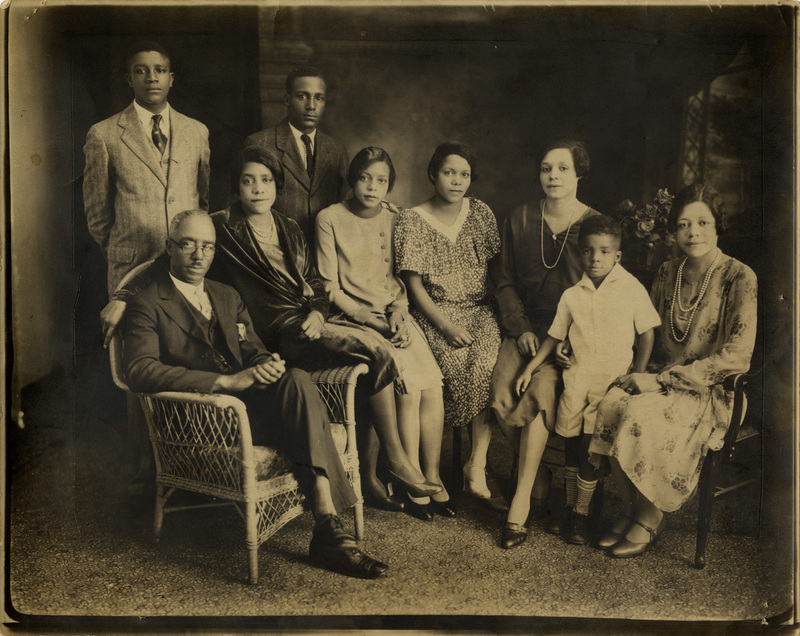 Henry Ward posed for a formal family portrait with his children circa 1930. 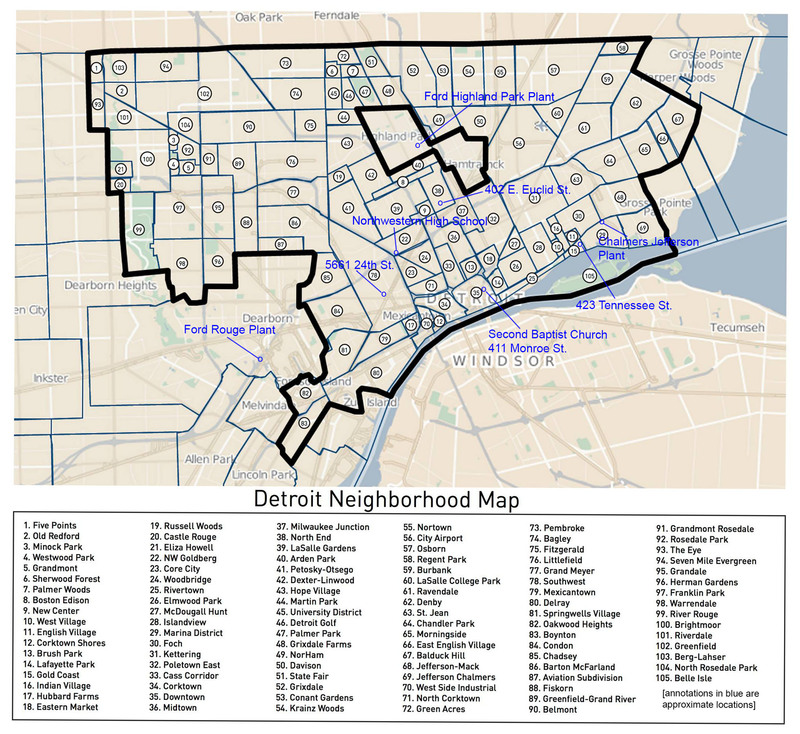 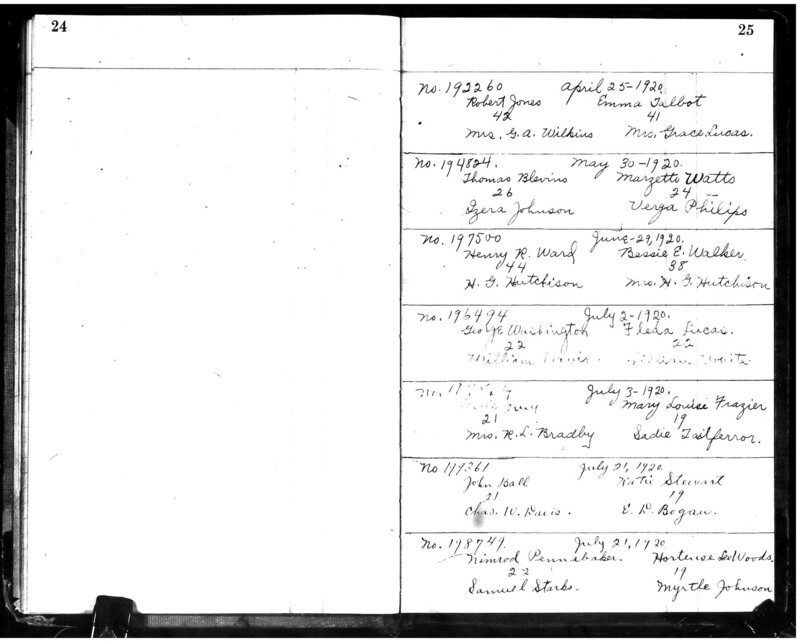 The record of Henry and Bessie Ward's marriage in the Second Baptist Church register, 1920 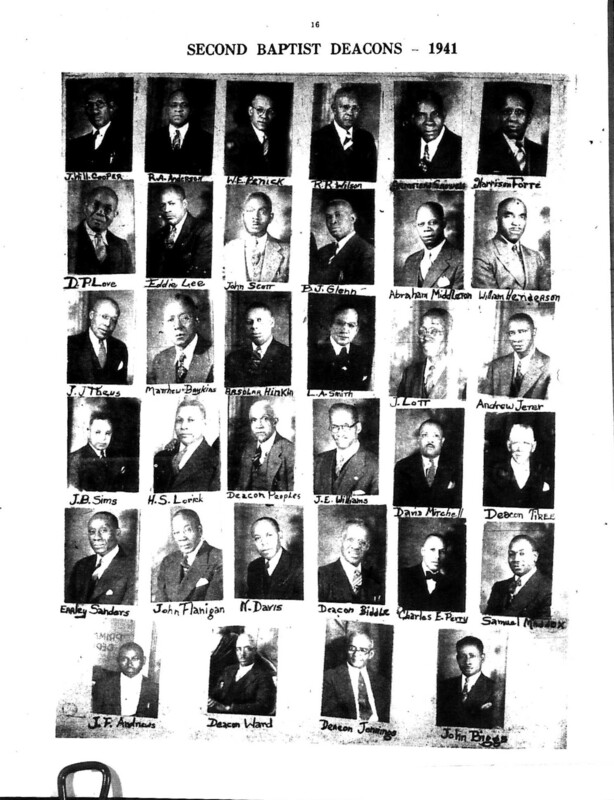