On January 19, 1942, Ward married Charlotte Alma Earl, who worked at Ford Motor Company's Personnel Office. In 1944, while Ward was in the Army, she was severely injured in a hit-and-run accident while driving home from a bridge game with two other women. A 1952 column in the Michigan Chronicle, headlined “A Tribute To Courage,” recounted how a “young woman who had vitality, beauty and ambition” overcame injuries that were supposed to leave her an invalid.

She “refused to be coddled in her affliction,” relearned how to walk, and eventually became a teacher in the Detroit Public School System. The couple had one son, Franklyn Willis Ward, born in 1955. Charlotte Alma Ward died in early September 1969.

In 1972, Willis Ward remarried. His second wife was Margaret Flora McCall Thomas, a widow with four adult children. Margaret was a librarian and archivist in the Detroit Public Library's  Burton Historical Collection and helped establish the library at the Charles H. Wright Museum of African American History. She was the daughter of James and Margaret McCall, the founders of the Detroit Tribune, a weekly Black newspaper.

Her brother-in-law, Judge Elvin Davenport of the Detroit Recorder’s Court, was a longtime colleague of Ward, and the ceremony was held at his home. Ward’s brother, Henry, served as best man.

Ward served as a judge until his death on December 30, 1983, at age 71. He died at Harper Hospital in Detroit after being “ill for some time,” according to his obituary in the Detroit Free Press.

The obituary listed his surviving family as his wife, Margaret; his son, Franklyn; three stepsons, Samuel Thomas, Edward Thomas, and Alfred Thomas; a stepdaughter, Edythe Thomas; his brother, a sister, and two grandchildren.

Ward’s memorial service was held at Plymouth Congregational Church on Warren Avenue in Detroit. It featured remarks from his Alpha Phi Alpha brother and Michigan classmate Judge Cecil Poole of the Ninth Circuit Court of Appeals, and Detroit Mayor Coleman Young, among others. He was buried at Detroit Memorial Park Cemetery. 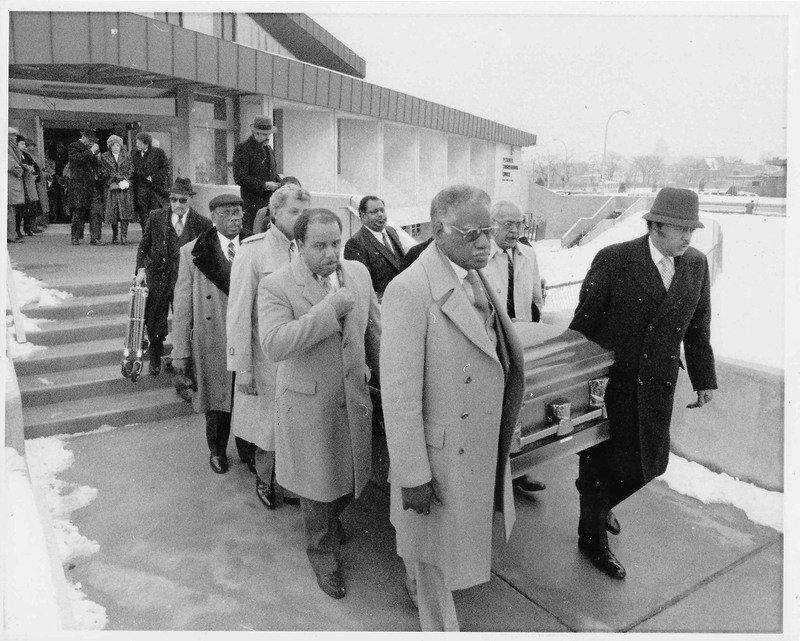 Pallbearers carrying the casket at the funeral of Willis Ward, January 3, 1984 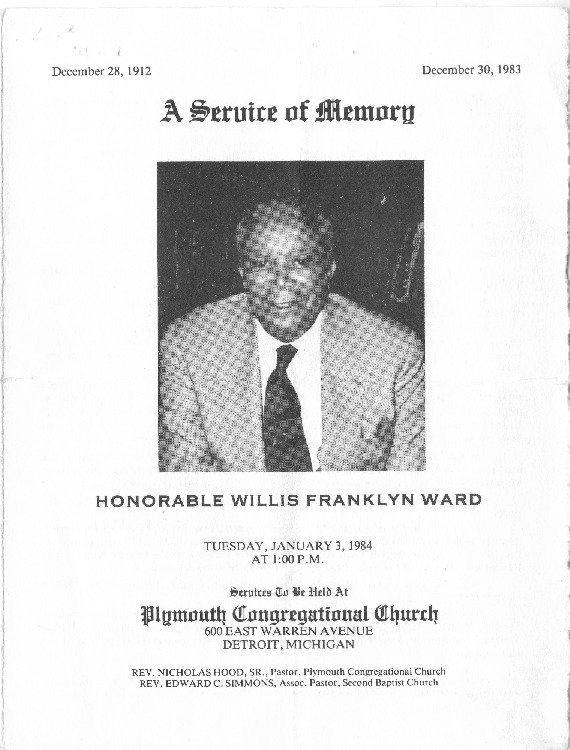