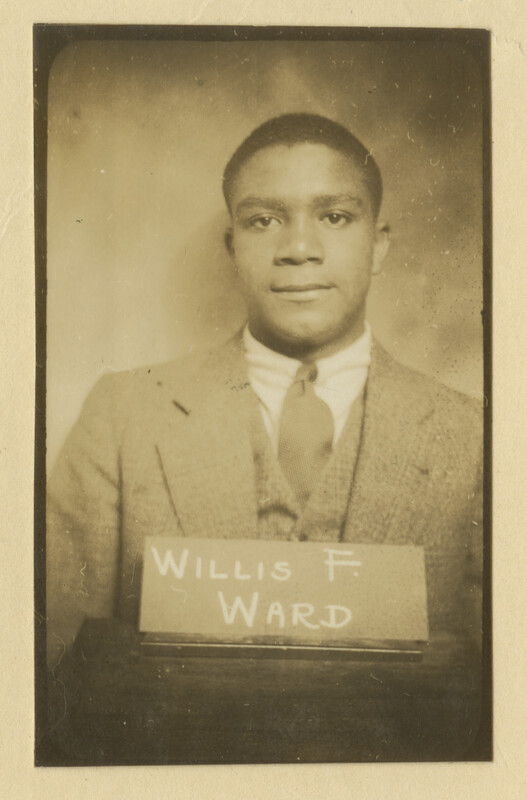 When Willis Ward arrived in Ann Arbor in September 1931, there were 9,707 students enrolled at Michigan and only 61 of them were Black. And although he was greeted warmly by fellow athletes, the campus as a whole was deeply segregated.

There were no dormitories for men, and housing options were restricted to boarding houses in the African American sections of town or rooms in the homes of Black families. Social life was also largely separate. For Black students, it focused around the African American Greek societies and local Black organizations, such as the Dunbar Center.

Ward found community among the members of Alpha Phi Alpha, and worked at a variety of jobs around campus. He was well known and well liked on campus, and was invited to join the junior honorary society, Sphinx. However, racism apparently prevented him from being tapped for the senior honorary society, Michigamua.

This section contains the following sub-sections that tell this part of Ward’s story in greater detail: