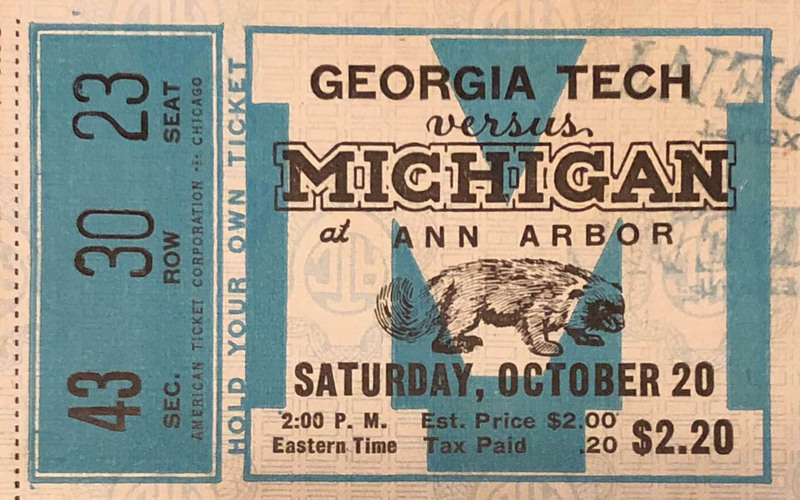 Student ticket stub for the football game against Georgia Tech, 1934

Willis Ward’s athletic career was devastated by the football game between the University of Michigan and the Georgia Institute of Technology in October 1934, during his senior season. The University abided by the so-called “gentlemen’s agreement”—the racist demand by southern schools that their athletes not face Black players on the field—and benched Ward for the game.

Despite the University's attempts to conceal its surrender to prejudice, dozens of letters and petitions denouncing the decision poured in from students, alumni, newspapers, and the National Association for the Advancement of Colored People. So concerned was the Athletic Department administration about the possibility of disruptive protests that they hired the notorious Pinkerton Detective Agency to investigate.

Ward himself faced pressures from all sides: Should he quit the team, make some type of protest, or quietly accept the coaches' decision? In the end, the game was played and Ward was barred from participating. Michigan won the game, its only victory of the season, but the benching was crushing for Ward.

This section contains the following sub-sections that tell the story of the Georgia Tech game in greater detail: