Eight-year-old Genna Urbain of Brighton, Michigan, saw the documentary Black and Blue in early 2012 and was troubled to learn there was no memorial to Willis Ward on the U-M campus. She set out to do something about it.

The third grader lobbied the Michigan Legislature to have October 20, 2012, the 78th anniversary of the 1934 Georgia Tech game, declared Willis Ward Day. She also spoke at the March 2012 U-M Board of Regents meeting, along with the Black and Blue producers Kruger and Moorehouse, to request the University honor Willis Ward. The minutes record that “Regent Taylor asked that Vice President Churchill ask the Athletic Director to look into ways Ward could be appropriately recognized on campus. Other Regents expressed support for this.”

The Livingston Post, Greg Dooley's M Victors blog, the Detroit News, and other media took up the cause.

Genna, decked out in Ward’s #61 jersey, attended the Michigan State game at Michigan Stadium on October 20 and celebrated Willis Ward Day along with 113,000 other fans—who would now know who Willis Ward was.

It would take much longer to get a permanent memorial on campus. Several proposals for the athletic campus (e.g., renaming Kipke Drive, naming a building or room) were rejected. Finally, after three years, an agreement was reached to designate a previously unnamed room on the first floor of the Michigan Union as The Willis Ward Lounge. The lounge was dedicated May 27, 2015, with members of Ward’s family present. Genna Urbain, then 11 years old, cut the ceremonial ribbon. 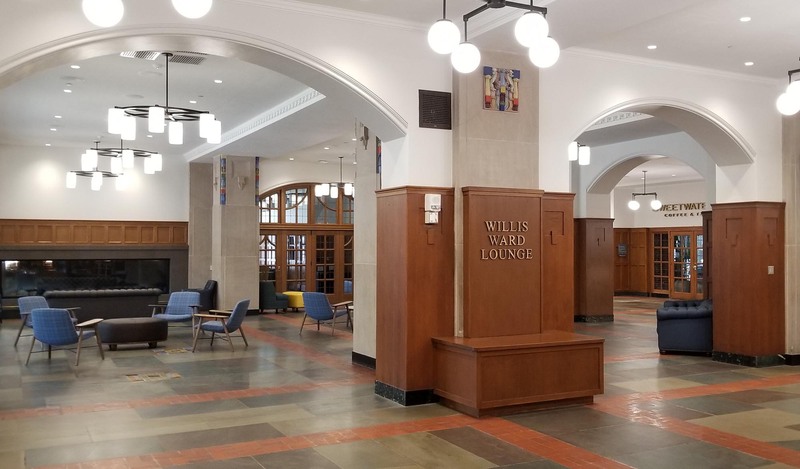 Genna Urbain addresses the University of Michigan Board of Regents, March 15, 2012 (via Youtube)